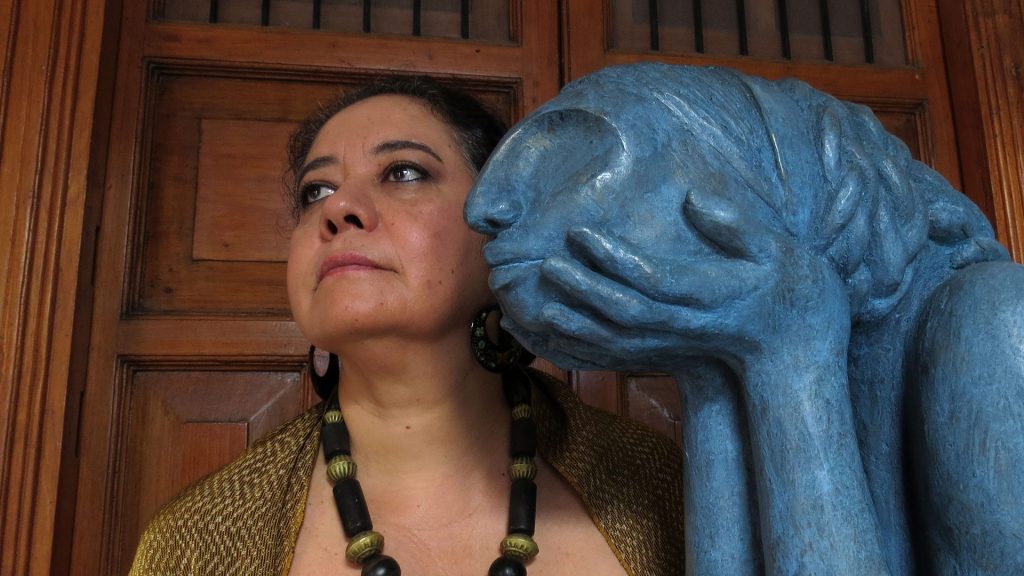 She was born in Morelia, Michoacan, on March 21, 1964. She has a degree on professional studies of plastic arts at “La Esmeralda” of the National Institute of Fine Arts (Instituto Nacional de Bellas Artes), in Mexico City. There she receives a notable influence of teachers like Arturo Estrada, Hermenegildo Sosa and José Guadalupe Santos, among others.

She holds a Master degree in Visual Arts with a specialization on engraving at the Academy of San Carlos (Academia de San Carlos) in Mexico City, as a student of de Rafaél Zepeda and María Eugenia Quintanilla. She mained a close professional relationship with Francisco de Santiago, Rubén Maya, and Francisco Moyao.

She currently works as a sculptress, having been a student of the teachers Abel Vázquez, Armando Amaya and Octavio Gutiérrez. She maintains a constant activity sharing her time as a sculpting, painting and drawing teacher. She had participated in different public and private institutions, such as the Technological Institute and Superior Studies of Monterrey (Instituto Tecnológico y de Estudios Superiores de Monterrey), where her work stands out.

Currently, her work is part of collections around the world, standing out in the United States and Canada, as well as in Switzerland, Germany, Australia, New Zealand, Spain, the Philippines, India and of course the National territory.

On the other hand, her work carries the commitment of social denunciation. She works sculptural installations, pieces of ephemeral art, and art in action with strong messages and compelling visual discourses. She has a peculiar interest in taking care on every detail of the elements that are part of her creations. Showing great talent on the technique, and an extraordinary projection.